Hampi, also referred to as the Group of Monuments at Hampi, is a UNESCO World Heritage Site located in east-central Karnataka, India. It became the centre of the Hindu Vijayanagara Empire capital in the 14th century. Chronicles left by Persian and European travellers, particularly the Portuguese, state Hampi was a prosperous, wealthy and grand city near the Tungabhadra River, with numerous temples, farms and trading markets. By 1500 CE, Hampi-Vijayanagara was the world's second-largest medieval-era city after Beijing, and probably India's richest at that time, attracting traders from Persia and Portugal. 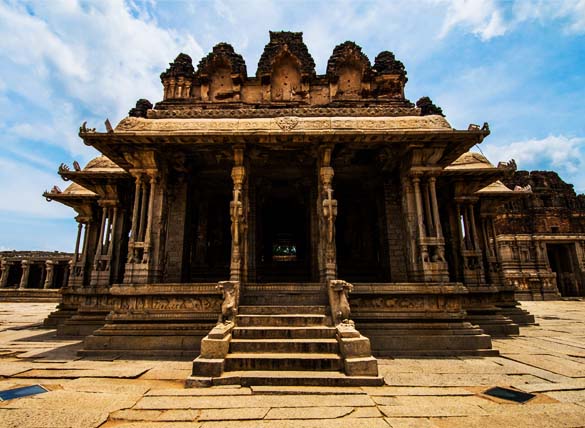 Hampi is situated on the banks of the Tungabhadra River in the eastern part of central Karnataka near the state border with Andhra Pradesh. The Vijayanagara Empire was defeated by a coalition of Muslim sultanates. Located in Karnataka near the modern-era city of Hosapete, Hampi's ruins are spread over 4,100 hectares (16 sq mi) and it has been described by UNESCO as an "austere, grandiose site" of more than 1,600 surviving remains of the last great Hindu kingdom in South India that includes "forts, riverside features, royal and sacred complexes, temples, shrines, pillared halls, mandapas, memorial structures, water structures and others".

The antiquity of Hampi can be traced to the Treta Yuga, the second of the four yugas or eons of Indian chronology. In the Ramayana, an Indian epic narrating the deeds and adventures of Rama, Hampi and its surrounding areas are identified with the kingdom of Kishkindha. This region was the realm of the Vanara (mythological half-man, half-monkey) brothers Vali and Sugriva and the birthplace of Hanuman, all of whom played a prominent role in the epic. After the abduction of Sita by Ravana, Rama and his brother Lakshmana arrive in Kishkindha in search of Sita. 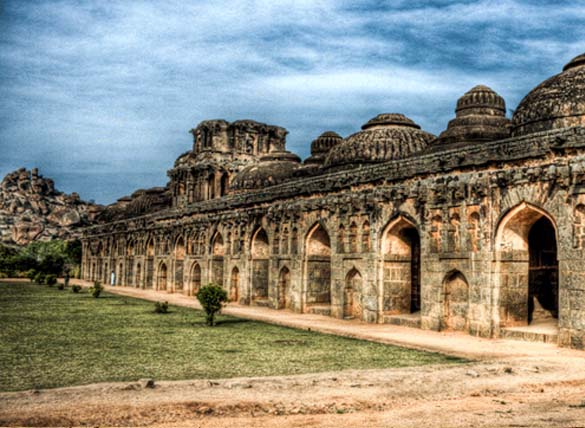 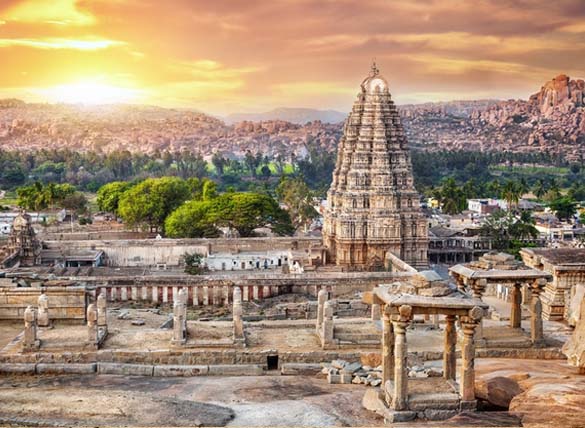 The discovery of stone artefacts, pottery shards and rock paintings indicate that Hampi has been inhabited since pre-historic times. The Hampi region’s historical antiquity can be pushed back to the Mauryan period (322BCE – 182 BCE) as evidenced by the rocks edicts of King Asoka discovered in the area. The presence of inscribed Buddhist panels, comparable to that of the Amravati School belonging to the 1st and 2nd centuries CE from the time of the Satavahanas (271 BCE- 220CE), give us some more definitive clues of its pre Vijaynagara history.

Hampi is located in the Bellary district of Karnataka State in Southern India. Bellary occupies around 8,477 square kilometers of land in the Deccan Plateau on the eastern side of Karnataka. As of 2011, the population of this district numbered 24,52,595 with some 37 % of this residing in its urban centers. Bellary district is situated on the Deccan plateau. Its major geographical features include the Northern maidan region which has a monotonous, treeless and expansive plateau landscape. The Sandur hills are the main physical features dividing the district into eastern and western parts. 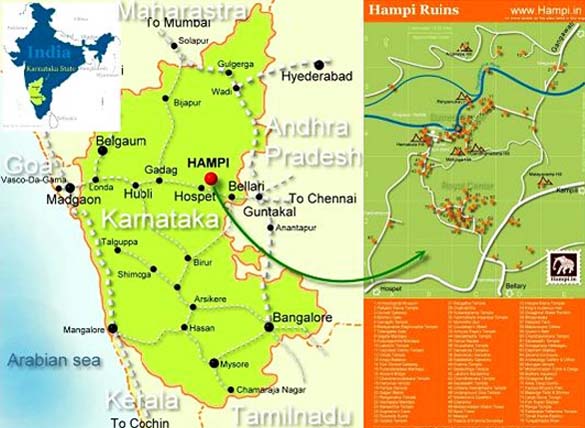 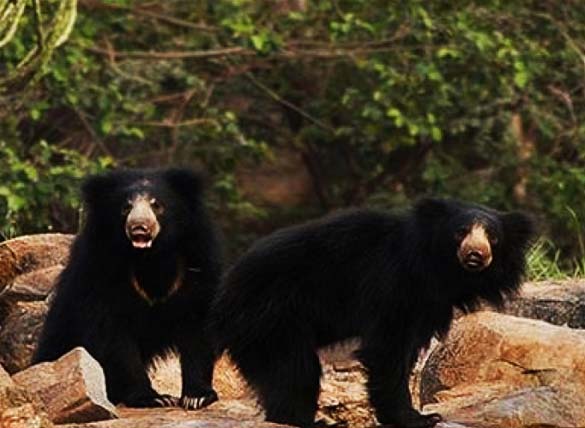 The district is characterized by dry deciduous scrub and southern thorn forests. A Sloth bear sanctuary right next to our resort is home to the famous Indian Sloth bear. Apart from them other animals found in these areas include leopards, wild boars, jackals, hyenas, porcupines, star tortoises, pangolins, mongooses and monitor lizards.

Hampi is a world heritage site and not a living city anymore. The towns close to it are Hospete, Kamalapura, Anegundi and Ballari – which is also the district Hampi is in. Many communities living here have had historical ties with the region while many have arrived here over time in search of livelihoods. Kannada and Telugu are the two primary languages of the region.